In the wake of a historic moment in the nation’s financial center, Lagos – the visit of the British Prime Minister – FMDQ OTC Securities Exchange (“FMDQ” or the “OTC Exchange”) was most honoured to play host to the British Prime Minister, Ms. Theresa May, at her offices, Exchange Place, on Wednesday, August 29, 2018. Ms. May visited Nigeria as part of her Africa tour to improve trade and investment relations between the United Kingdom and Africa. The British Prime Minister, on her first official visit to Lagos State, was fittingly welcomed by the FMDQ Board Chairman, Dr. Okwu Joseph Nnanna, ably represented by the Vice Chairman of the Board, Mr. Jibril Aku, and the Managing Director/CEO of FMDQ, Mr. Bola Onadele. Koko to Exchange Place.  This deliberate effort to strengthen bilateral relations between Nigeria, and Africa as a whole, with the UK is indeed commendable and most welcome. 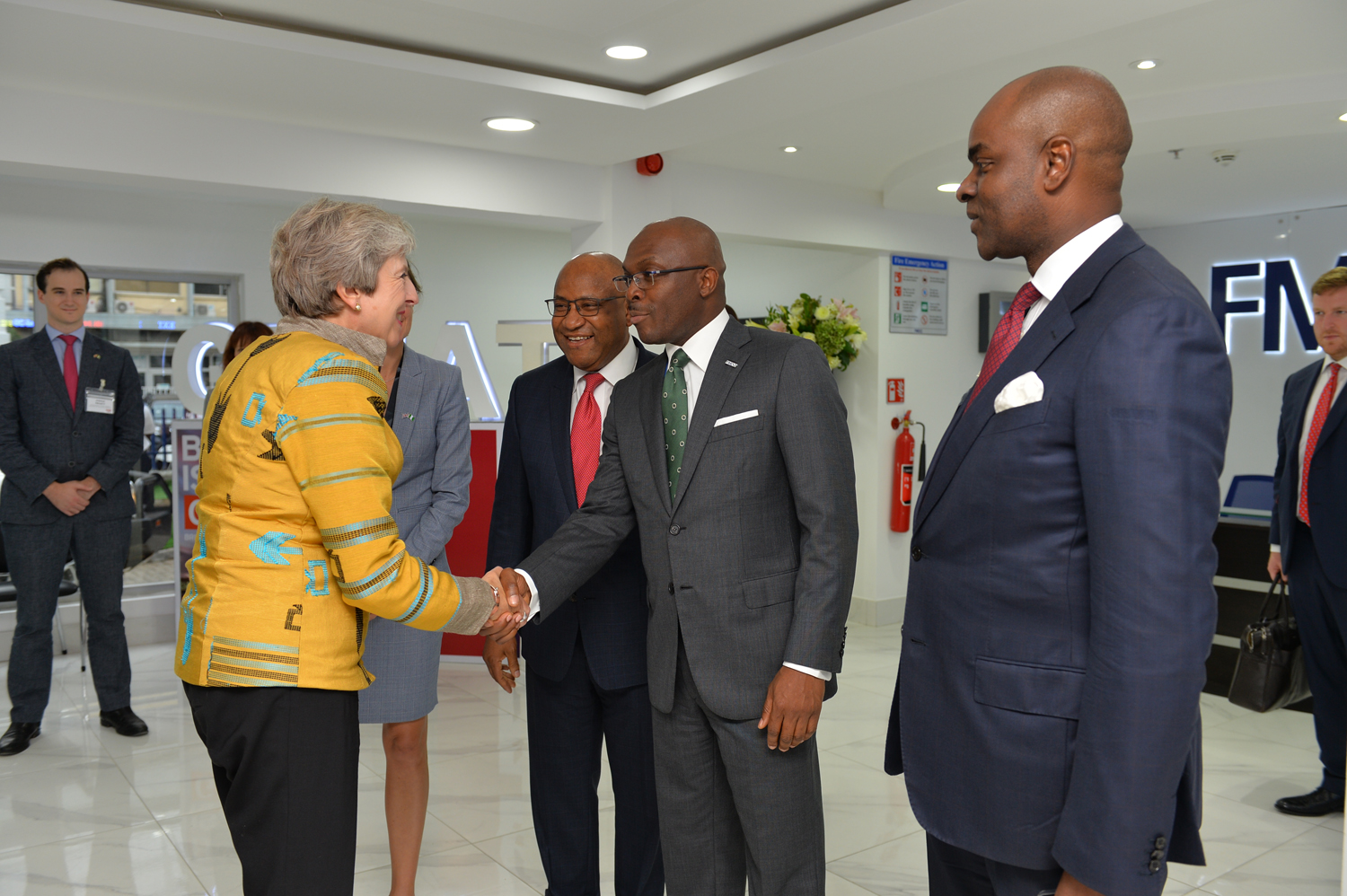 The Nigerian financial markets play a crucial role in promoting and supporting sustainable economic development over time, therefore, the choice of FMDQ for the hosting and reception of the British Prime Minister, UK and Nigeria business sector leaders and other executives from the British High and Deputy High Commissions in Nigeria, among others, was in no way far-fetched. Alhaji Aliko Dangote, GCON, President, Dangote Industries, Mr. Femi Otedola, Chairman, Forte Oil PLC, Mr. Tony Elumelu, CON, Chairman, Heirs Holding Limited, Mr. Jim Ovia, Founder/Chairman, Zenith Bank PLC, were among some of the key business leaders that were met by the Prime Minister.

Chief amongst the attractions for the British PM at FMDQ’s offices, Exchange Place, was the FMDQ Next Generation Empowerment Programme (FMDQ-Next) – a learning and development initiative which promotes financial market education among students across all levels (primary, secondary and tertiary), as well as fresh graduates, within the country. The British PM met with the FMDQ-Next 2018 Summer Camp participants who were being taught principles of financial markets and how to trade various financial markets securities in a simulated trading environment – the FMDQ Q-Hub. Ms. May applauded FMDQ for championing such a worthy cause and expressed delight at the tactical steps taken by the OTC Exchange to drive sustainable development. The participants, who comprised of children between the ages of twelve (12) and fifteen (15), had the unique opportunity to engage with the Prime Minister and delighted her with some of their key learnings. 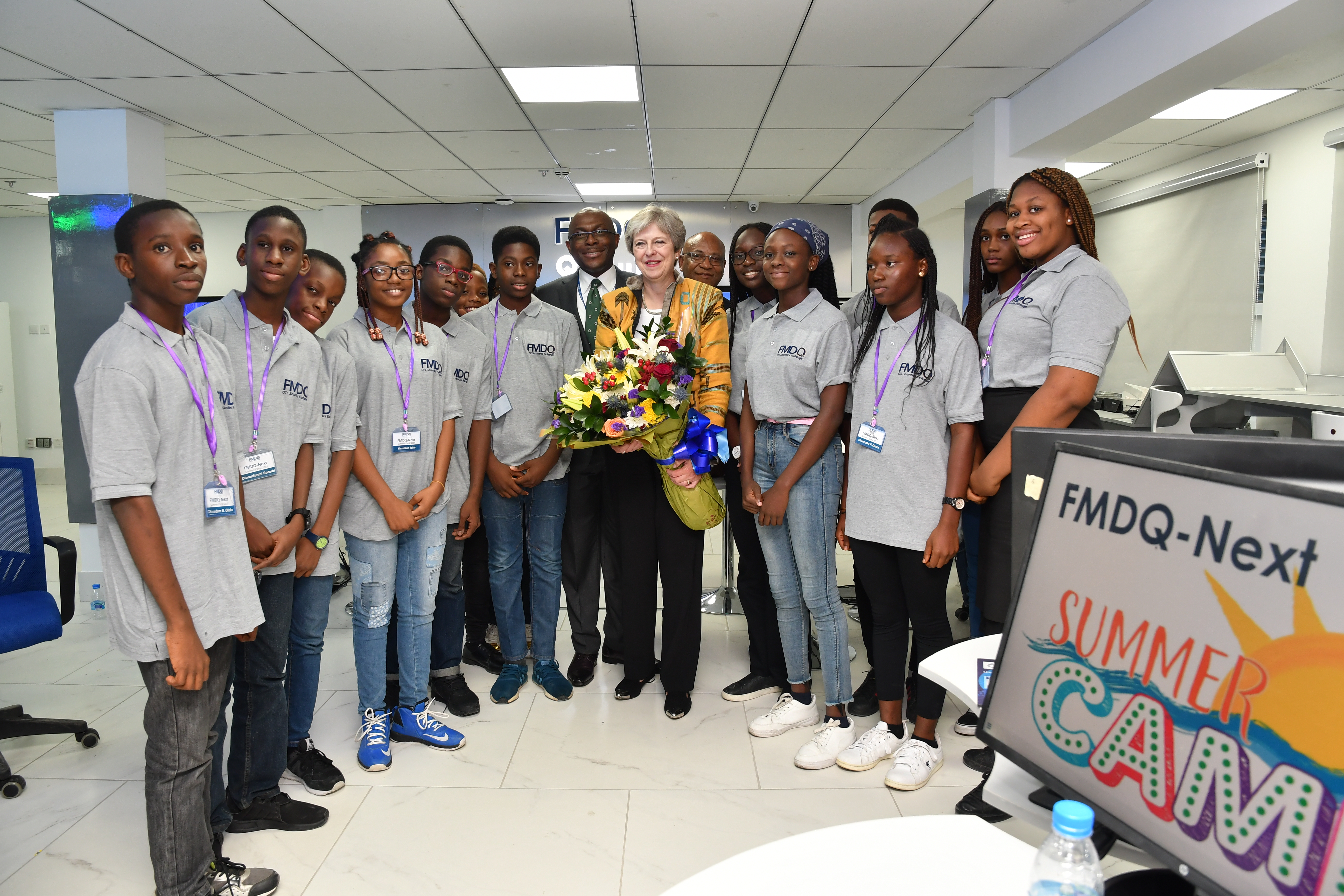 She mingled with the audience during a cocktail and networking session which had different focus groups dissecting opportunities for cross-border collaboration and opportunities in the finance, fintech and infrastructures spaces. Ms. May, following a one-on-one interview with Alhaji Dangote, then went on to sign the FMDQ Visitors’ Register as she departed Exchange Place, on her way back to the international airport set to leave the country in continuation of her Africa tour, having made an indelible mark in the future of the OTC Exchange and paved the path for relations which FMDQ and the host of business delegates should expectedly build on to drive the much-needed economic advancement in Nigeria. 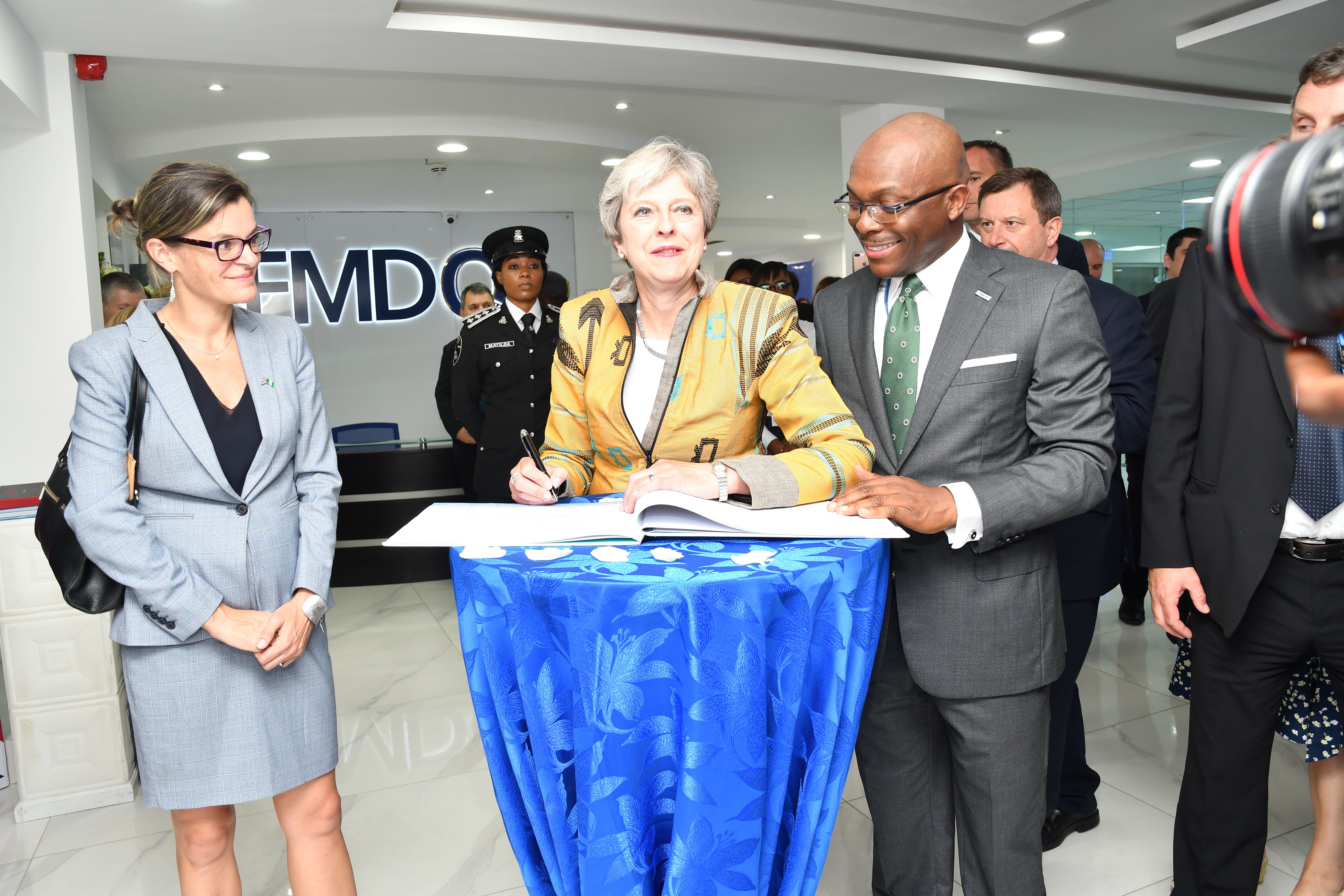 From providing an avenue for accessing and raising capital, to availing Nigerian and foreign portfolio investors, alongside other market participants, an avenue for value transfer and hedging of financial market risk exposures, the entrepreneurial and dynamic spirit with which FMDQ has undertaken and deployed requisite strategic initiatives for the transformation of the Nigerian financial markets is indeed laudable considering its just almost five (5) years in operation.

Stay up to date on our latest news, market data and information

FMDQ, through its activities, aims to achieve sustainability in the areas it actively operates and impacts, as such, its Sustainability Strategy is guided by five (5) main Sustainability Pillars…
Click here